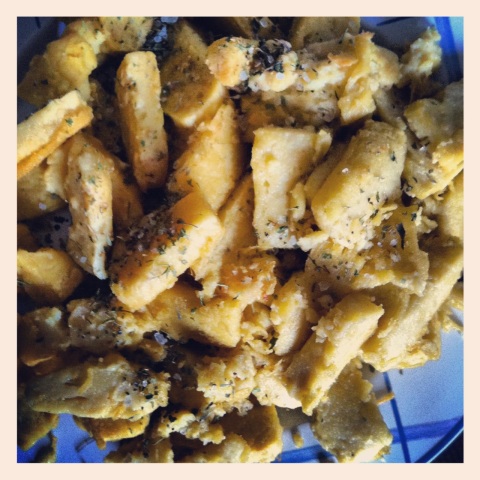 To me the title of this post sounds like the name of a children’s puppet duo.  In fact, it’s the name of two French dishes made with chickpea flour.

I’ve always been a fan of chickpeas, primarily for the hummus I regularly make, though they’ve been known to make appearances in stews and even roasted on their own.  When a friend gave me a copy of David Leibovitz’s book, The Sweet Life in Paris, I was immediately intrigued by his recipe for socca, a chickpea crepe found in the South of France.  Since I work next door to a health food store, I was able to locate some chickpea flour easily (which isn’t always the case with unusual ingredients and Tahoe, but I’ll save that rant for another time).  Bob’s Red Mill Garbanzo Bean Flour was what I purchased, but there seem to be a number of options in (coff) larger cities.

I should have remembered past experiences with crepes, which tend to start badly.  I know that the first one is supposed to be a throwaway, but the first four?  The rest of them did come out intact and crepe-like, and when sprinkled with sea salt and served hot, were very tasty.

But I wasn’t seeing a way to readily integrate savory crepes into my cooking repertoire, as they weren’t sturdy enough to actually fill (my fault no doubt), and didn’t seem to be a versatile side dish.  So I went to my trusty reference, Google, to see what else could be done with the pound plus of chickpea flour I had remaining.  Lo and behold, David’s website popped up, this time for panisse, or what I’ve come to call ‘polenta fries with chickpea flour’.    Yes, panisse is more romantic, and decidedly shorter, but nobody here knows what the hell I’m referring to when I break out the French.

N liked the socca, but he loves the panisse.  I do too – cut thin and pan-fried, they’re almost like French fries, but with more umami and less starchiness.  Topped with some sea salt and pepper, they’re perfect with grilled chicken and a tossed salad.  I’ve made them a number of times this summer, and can confirm that they are equally good cold.

No matter what you call them, they have become a nice addition to my summer rotation of easy recipes that don’t suck.

During our trip to Switzerland, I was amused by the many examples of bad translation that we encountered.  I nicknamed it ‘Swinglish’, though N noted that ‘Fringlish’ was probably a better term, as most of the examples were French to English translations.  While not quite on the par of Engrish it made me giggle. 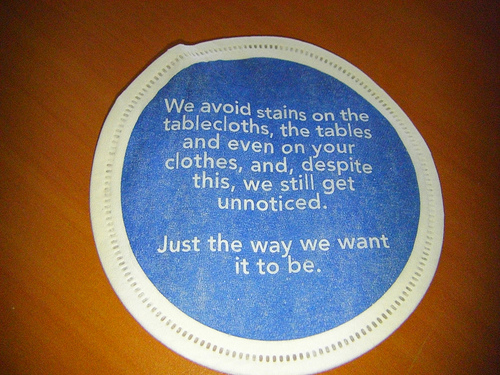 I’m rendered speechless at this clip from the famed 1983 French hommage to neon romper suits and tandem monoskiing.  What more can be said about a film that features such bad electronic music (think Jean-Michel Jarre) and a hobie cat on snow?